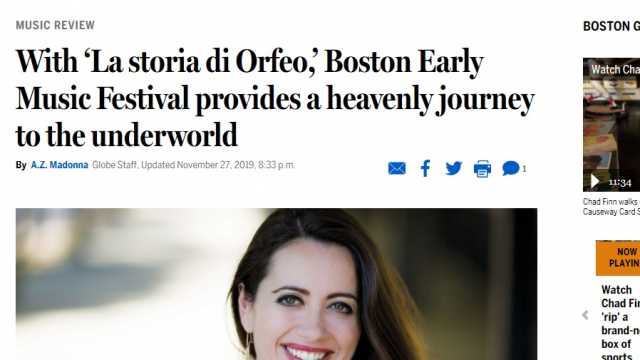 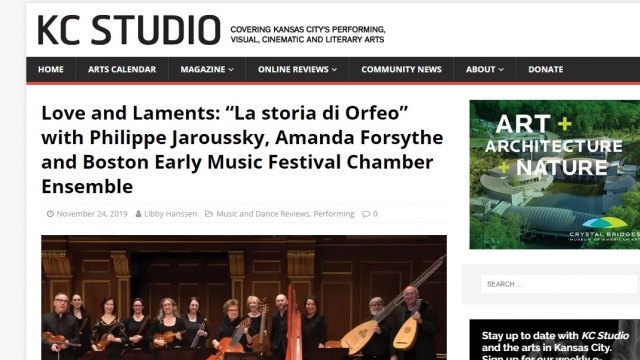 We forget, too often, that love and grief are two sides of the same coin. If you love, you will, eventually, grieve; if you do not grieve, you have not loved.

With the legend of Orfeo and Euridice, we see that inevitability played out. The popular myth, featuring the demi-god of song and a beautiful nymph, proved inspiration for many retellings, including the first opera over 400 years ago. […] 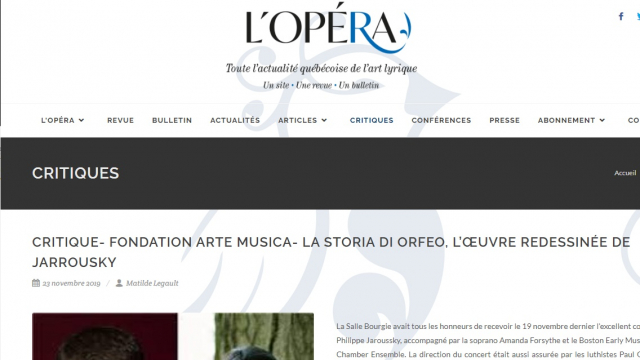 […] Jaroussky sang with heart-rending eloquence and enormous musical intelligence. His delicately weighted countertenor added a sense of vulnerability not often found in tenor Orfeos, but he fully brought out the role’s passion and despair. In one of the many paradoxes that surround this myth and its musical transformations, his intricate embellishments conveyed overpowering emotional honesty rather than florid artifice — as if these words, in this context, could be expressed only in this way. […] 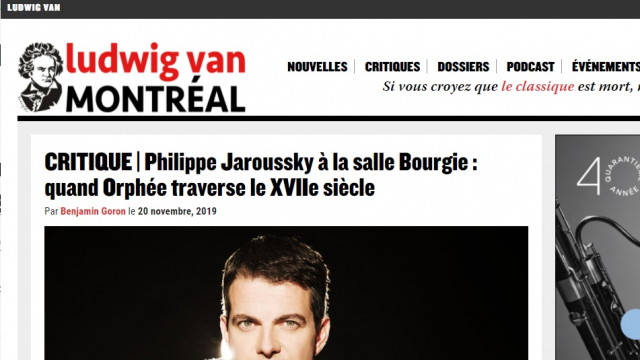 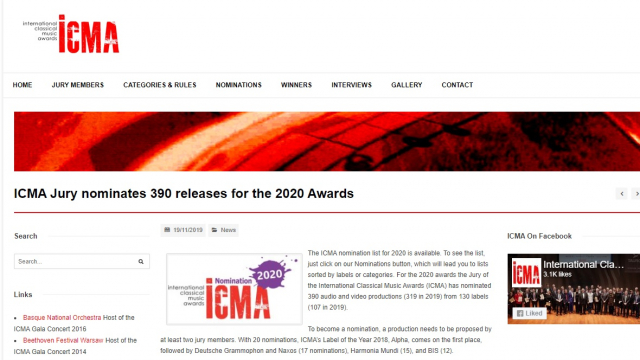 The ICMA nomination list for 2020 is available. To see the list, just click on our Nominations button, which will lead you to lists sorted by labels or categories. […] 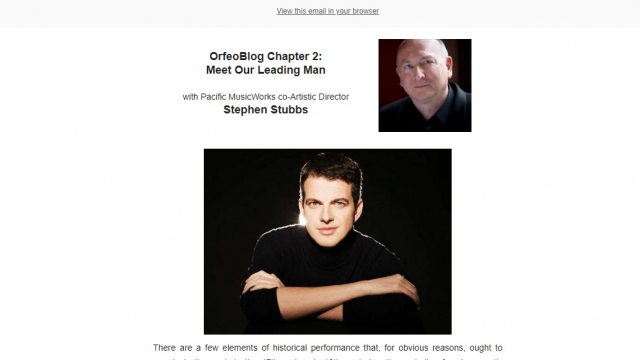 There are a few elements of historical performance that, for obvious reasons, ought to remain in the past. In the 17th and early 18th centuries, the majority of male operatic leading roles were written for castrati, who most often sang in the soprano or mezzo-soprano range, and were particularly valued for their virtuosity and almost super-human breath control. Obviously, most modern countertenors don’t fulfill that first basic necessity of the soprano range (most would qualify as altos), but then in the early 2000s a major new talent burst onto the scene in the form of the young French countertenor Philippe Jaroussky. Beyond the sheer beauty of his voice and his highly-developed yet instinctive musicality, he possessed two even rarer qualities – the high tessitura of a mezzo-soprano, and the extreme virtuosity that could make sense of the wildest melismas that any baroque composer had devised. Suddenly, the vast repertoire of the castrati had a living advocate that could bring it back to life in our time!

We began our collaboration with Philippe in 2011 when he embodied the virtuoso role of Anfione in Agostino Steffani’s 1688 opera Niobe. How we came to work with Philippe on that project is part of the next chapter, but the result was this: a wildly successful stage production of Niobe by Gilbert Blin for the 2011 Boston Early Music Festival starring Philippe and Amanda Forsythe, followed by a recording on the Erato label which has received much glowing press and prizes, and finally a concert tour of Europe in 2014, (and unquestionably due to Philippe’s status as a European superstar) playing to full houses at some of the best halls in Europe from Madrid to Paris to Amsterdam.

In the next installment of OrfeoBlog, I will share how Amanda Forsythe, one of our favorite leading ladies, was chosen to be part of this exciting partnership. Stay tuned! 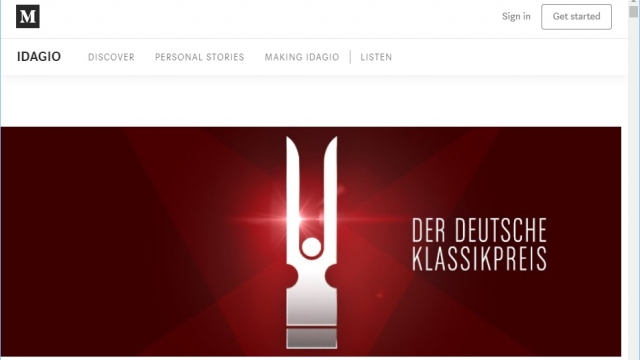