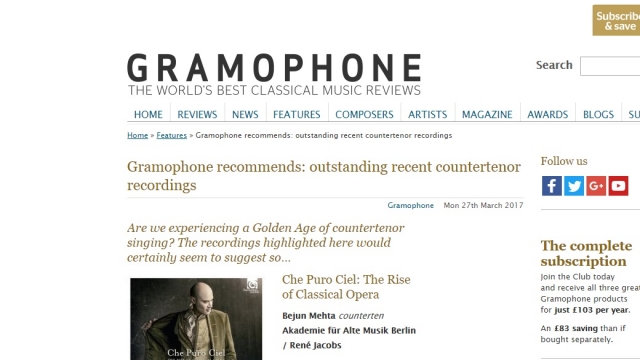 ‘Jaroussky’s rapid passagework in quick heroic arias is precise (the spectacular ‘Nell’attendere il mio bene’ from Polifemo) and Cecilia Bartoli pops up for a couple of love duets but the outstanding moments are slow arias that could have been tailor-made for Jaroussky’s sweetly graceful melodic singing (‘Le limpid’onde’ from Ifigenia in Aulide, featuring the pastoral delicacy of horns, flutes and oboes). Andrea Marcon and the Venice Baroque Orchestra produce admirable sentimental finesse or gutsy brilliance as required.’ David Vickers (11/13)” 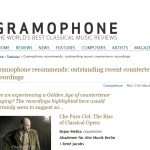 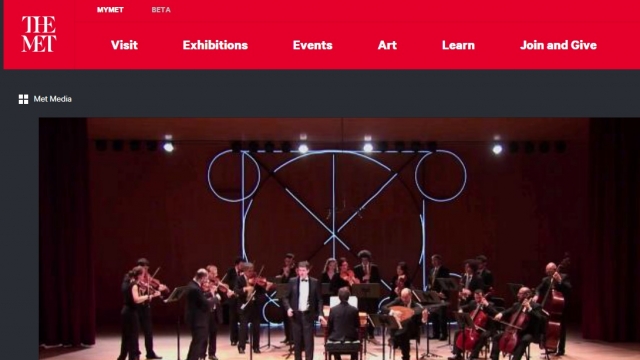 The astounding young countertenor Philippe Jaroussky joined the venerable Venice Baroque Orchestra for a rare New York performance, one which delved deep into the music of the Italian Baroque. 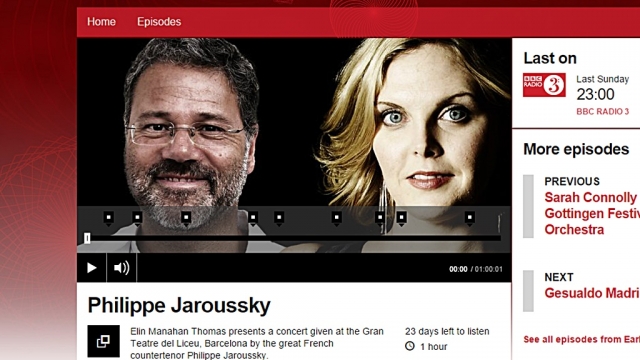 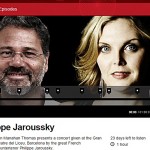 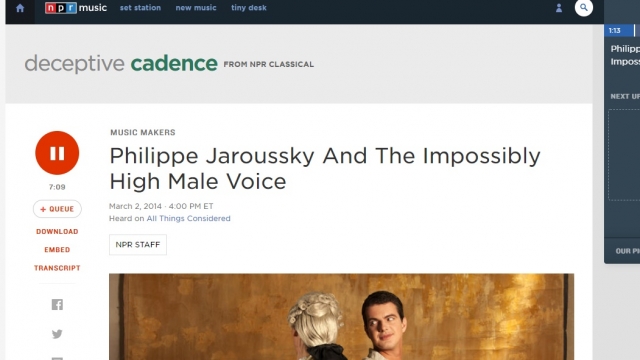 Heard on All Things Considered

Philippe Jaroussky cuts a masculine figure on the cover of his new album, Farinelli: Porpora Arias, but you might do a double take upon hearing the music. The arias the French opera singer performs on this release were written in the 18th century for a castrato — a boy singer castrated to retain his high singing voice through adulthood.

Jaroussky is still intact, as they say. He’s a countertenor who achieves that high pitch through vocal technique — singing in a ‘head voice,’ the way the way a female soprano would, rather than in his speaking register. It’s the reason, he says, that he’ll never sound exactly like a real castrato.

“They were sounding more brilliant than us because they are bigger. They have enormous chests, with very small vocal cords,” Jaroussky explains in an interview with NPR’s Arun Rath. “That was probably pretty impressive to hear. And we know that they could keep a sound for one, two minutes, without breathing at all. You can imagine, the impact on the audience was probably amazing.”

Jaroussky took a particular interest the music Neapolitan composer Nicola Porpora wrote for the castrato Farinelli, perhaps Porpora’s most famous pupil. Audible in the work, Jaroussky says, is a mutual understanding between teacher and student that singing is about more than just biology.

“It wasn’t enough to make the operation on a child. They were training, practicing, for many, many years. They were practicing for eight hours, 10 hours a day,” he says. “What I liked with this Porpora music, particularly, is it wasn’t based about virtuosity. I think he’s respecting Farinelli more like a musician, and not only a vocal monster.”

Jaroussky says the point of taking on this repetoire was never to emulate Farinelli — though at least one critic has needled him for not sounding enough like the master. 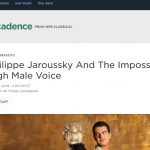 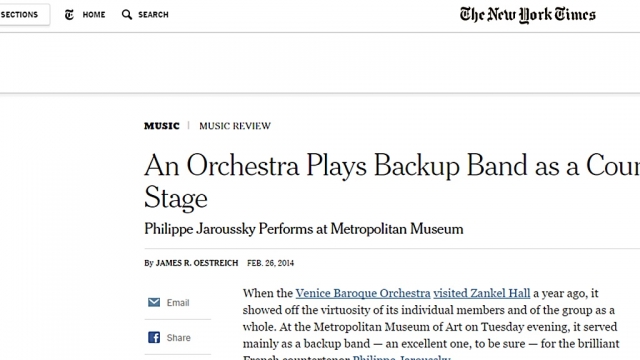 There are countertenors, and then there is Mr. Jaroussky.

[…] with Mr. Jaroussky, there is scarcely a sense of anything artificial in the vocal production. He sings with an ease and fluidity that you would think could come only from a natural voice. And that is before you lay on his keen intelligence and his tremendous artistry. […] But there was no fault to find with the performances. In the repeats of da capo arias, Mr. Jaroussky ornaments his lines lavishly yet so smoothly and naturally that if you hadn’t just heard him sing the opening relatively straight, you wouldn’t believe he was making this up. 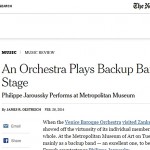 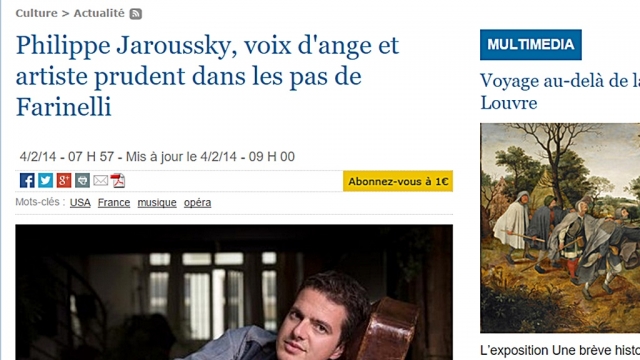 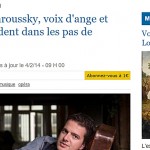 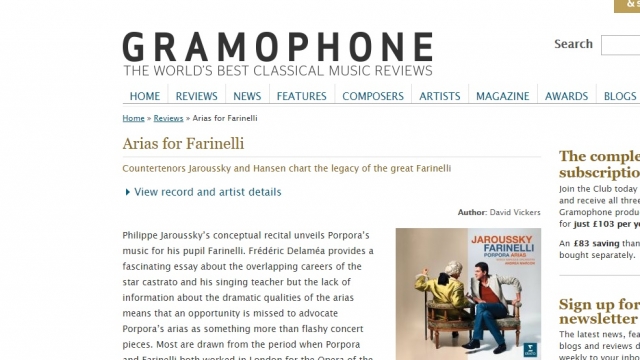 Jaroussky’s rapid passagework in quick heroic arias is precise (the spectacular ‘Nell’attendere il mio bene’ from Polifemo) and Cecilia Bartoli pops up for a couple of love duets but the outstanding moments are slow arias that could have been tailor-made for Jaroussky’s sweetly graceful melodic singing (‘Le limpid’onde’ from Ifigenia in Aulide, featuring the pastoral delicacy of horns, flutes and oboes). 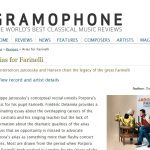 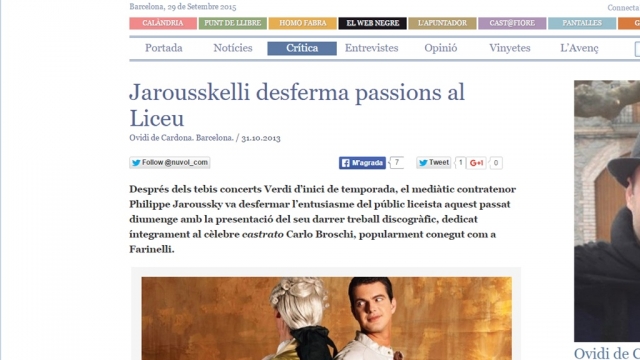 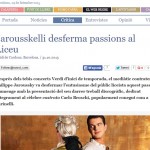 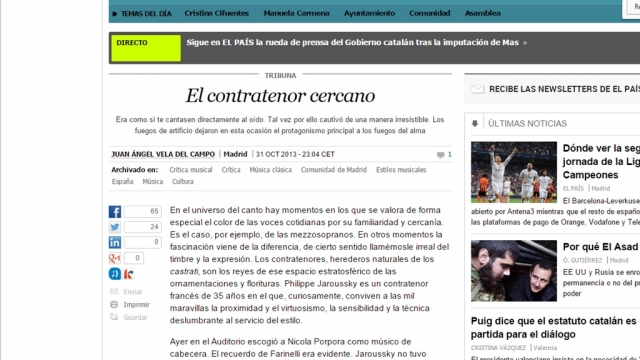 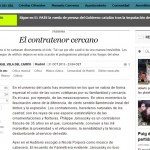 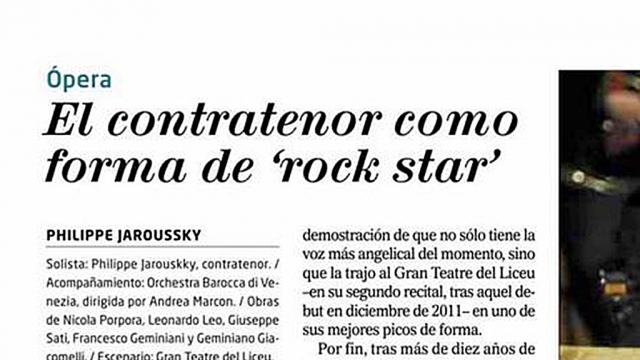 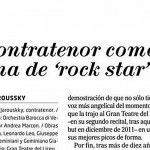