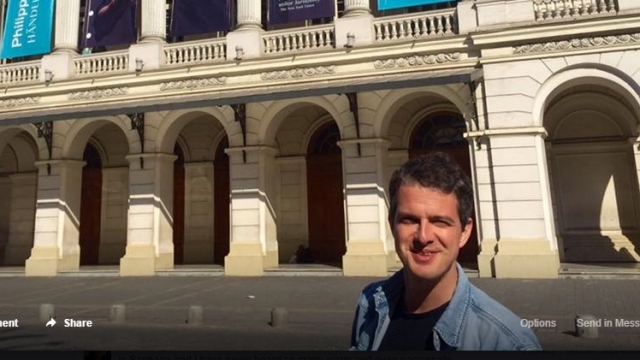 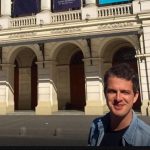 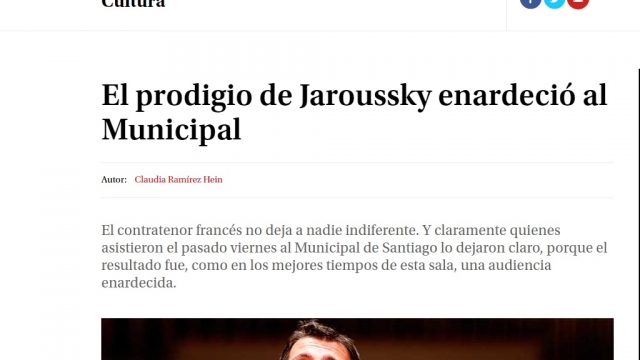 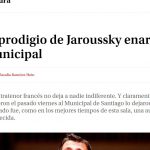 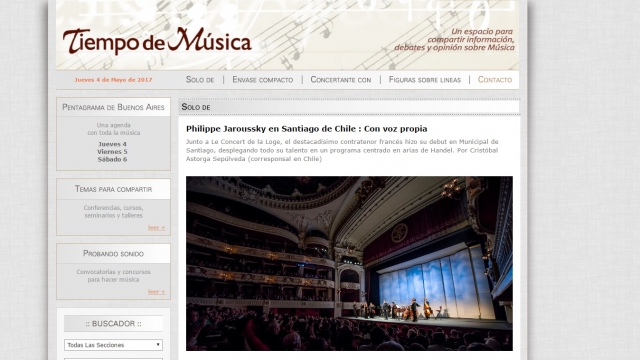 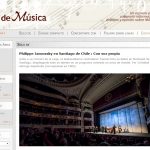 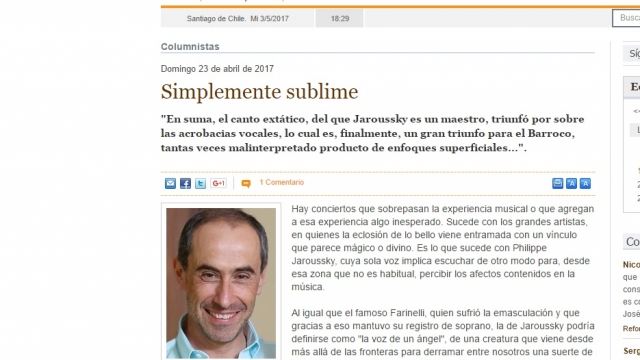 There are concerts that surpass musical experience or add something unexpected to it. It happens with great artists where the sudden bloom of beauty comes interlaced in a way that seems magical or divine. This is what happens with Philippe Jaroussky, whose voice demands to be listened to in a different way than the usual, to perceive the emotions contained in the music.

Like the famous Farinelli, who suffered castration and thanks to that maintained his soprano register, Jaroussky’s voice can be described as the “voice of an angel”, of a creature that comes from beyond the limits to spread upon us a sort of a metaphysical purity. Of course, Jaroussky is not castrated: his voice offers “an option”as he himself has said, because “my natural voice is baritone and some baritones can choose this form of emission.”

The fact is that after overcoming the initial impact on the spectator, his voice – uniquely high and crystalline – conquers, appealing not only to the mind but to the soul, while the technique joined to the musicality and huge expressive ability of the interpreter puts the public in a dreamlike state, as if one was not in a real place but in one of an unknown origin.. A kind of otherworldly artifice.

At the Handel recital concert last Friday – marking Jaroussky’s debut in Chile – these characteristics were stressed by the fact that the repertoire was a novelty for us. Of course there were moments of tremendous virtuosity. However, this is not where the art of the countertenor resides but in his intense capacity to show the introspection (what a paradox), to communicate suffering, fear for the departing life and love. It happens in “Stille amare” from Tolomeo , in “Ombra cara di mia sposa” from Radamisto and in the dark interior of “Se potessero i sospir miei” from Imeneo, much more than in the bravura arias of Giustino or in the overflowing coloratura in “Rompo I laccio” from Flavio.

Summing up, the emotive songs – of which Jaroussky is a master – triumphed over the vocal acrobatics, which is ultimately the great triumph of the Baroque, so many times misinterpreted as a product of superficial approaches.

With an impressive breath, Jaroussky is also a model in dynamics and nuances and captivates with his capacity to project the affective atmosphere these works have. Fury, desire, bravery, pain and love alternate with prodigious spontaneity in the discourse of these passionate, epic and virginal heroes. And all this in connection with the wonderful ensemble Le Concert de la Loge, composed of 17 young musicians who master the genre perfectly and connect with the essence of the scores, as shown in the syncopated strains of “Stille amare.” Impeccable in the Concerto Grosso in G Major and Suite One of the Water Music in F Major. For them, this was also a tour de force plus the fact they played standing.

The encores were another moment of glory. “Lascia ch’io pianga”from the opera Rinaldo, “Si, la voglio” from Xerxes, where Jaroussky enacted an exit in character, with great theatrical effect, and the moving and impossible to ignore “Ombra mai fu,” also from Xerxes.

Nothing else left to say except “Thank you, Philippe Jaroussky.” 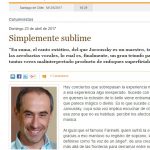 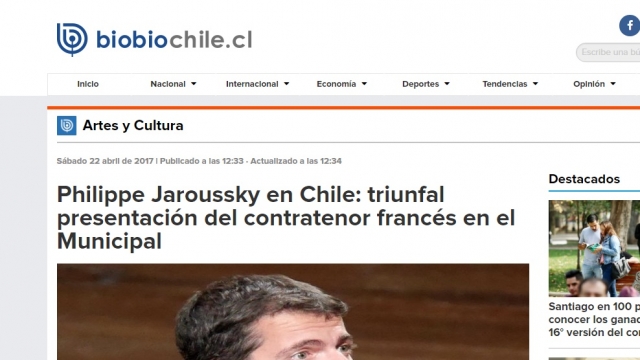 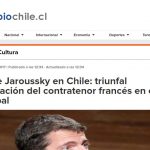 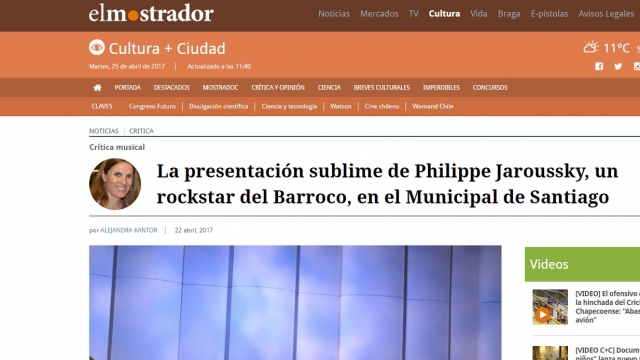 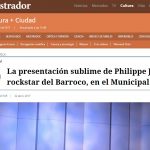 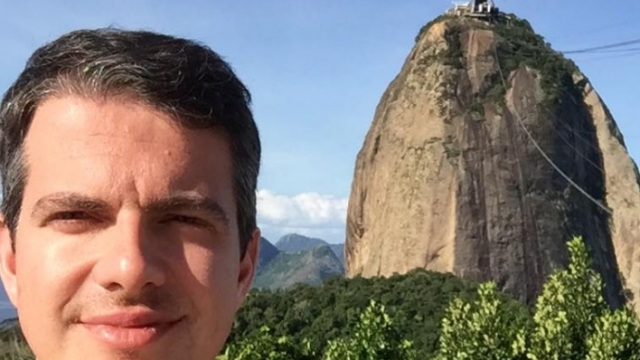 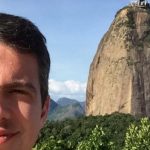 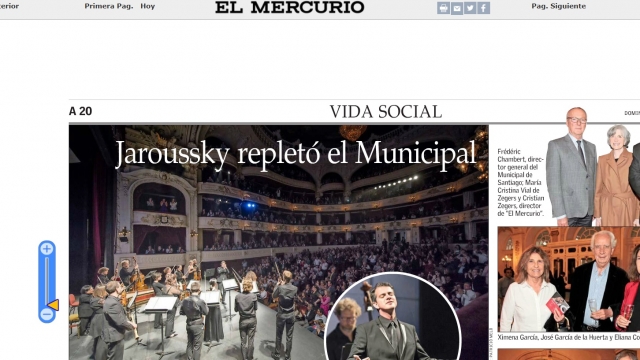 To plan a concert for countertenor in the Municipal Theatre in Santiago – the first in its history, apparently – was a risky bet; the local audience is not used to this type of high male voice, which uses falsetto and both head and chest voice, sounding somewhat similar to a soprano and mezzo female voice, which inherited the repertoire of the castrati when they were forbidden.

In recent decades, a renewed interest in baroque works has brought back this tremendously difficult kind of music to the stages. Philippe Jaroussky, considered its prime representative nowadays, presented only one recital in Santiago, as part of his tour including Ciudad de Mexico, Lima, Sao Paulo and Bogota. The Municipal Theatre was filled to its last seats. A fervent public acclaimed the singer after each Handel aria, pieces not often sung, plus three encores which included “Lascia ch’io Pianga’ and “Ombra mai fu,” followed by standing ovations. Jaroussky was accompanied by the chamber orchestra Le Concert de la Loge, dedicated to 18th century music and perfect for this evening, with a sound that “breathed” in every instant with the sound of the soloist.

A memorable evening which – something uncommon – was being announced since March through the international Opera magazine. The singer expressed the wish of “not only chaining together extracts of operas but rather building a real musical-dramatic coherence,” something he accomplished. 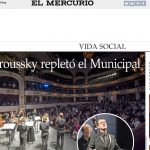