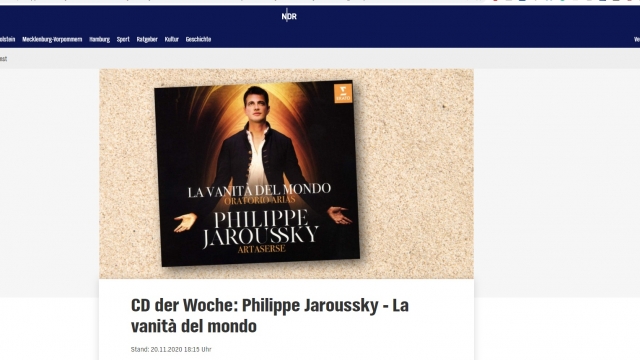 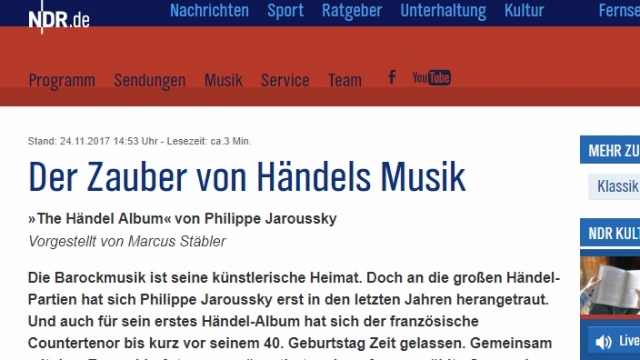 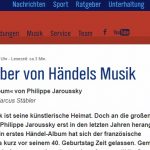 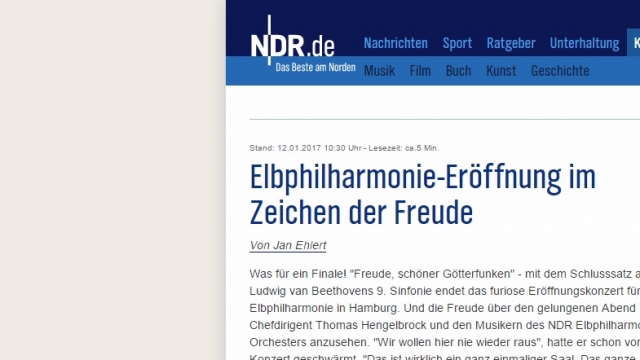 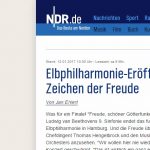 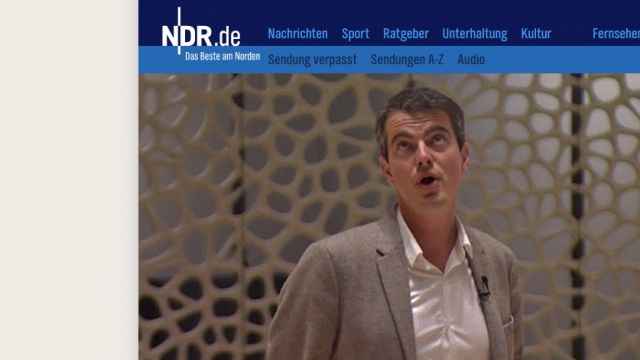 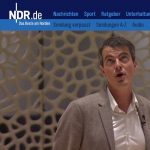 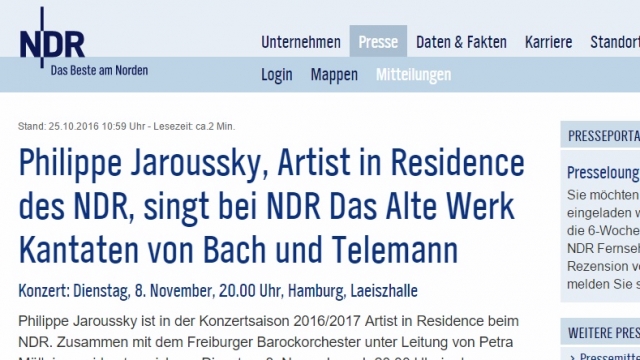 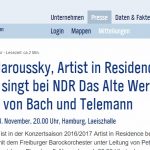 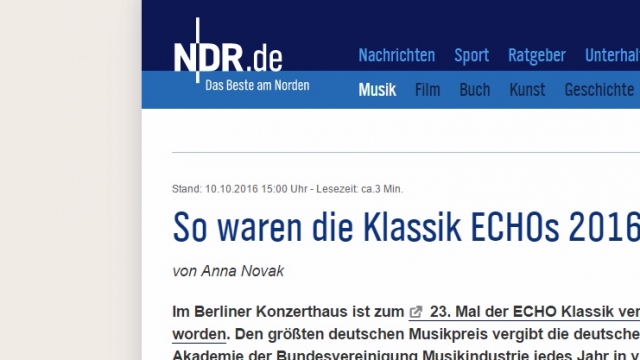 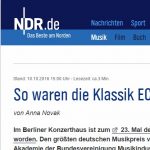 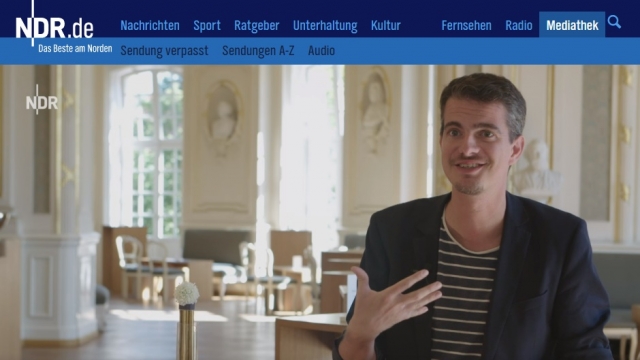 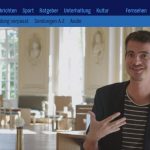 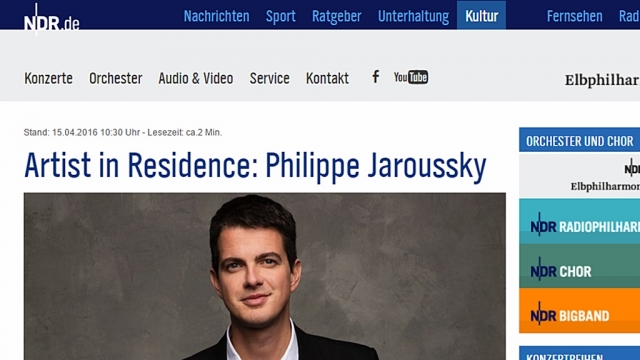 Part 1: Philippe Jaroussky about Thomas Hengelbrock and the Elbphilharmonie

He is one of the superstars among the countertenors of our times: Philippe Jaroussky. In the season of 2016/2017, the Frenchman is Artist In Residence with the NDR Elbphilharmonie Orchester. Marcus Stäbler met him for an interview.

Mr. Jaroussky, during the new season you are going to be artist in residence with the NDR Elbphilharmonie Orchester. How does it feel to be able to establish a somewhat closer relationship with an orchestra and an audience?

Philippe Jaroussky: I am very happy. I feel I am being loved a lot in Germany in recent years (laughs). And I am looking forward to get to know Thomas Hengelbrock, whom I haven’t yet worked with.

If you only know the chief conductor of the NDR Elbphilharmonie Orchester from a distance – what kind of impression do you have of him, and what do you expect from the collaboration?

Jaroussky: I know his recordings and I like them a lot. He has a very diverse repertoire and conducts a lot of different things. What is interesting is that we are both share a passion for Agostino Steffani, a baroque composer who is little known today. Thomas Hengelbrock has re-discovered Steffani’s opera “Niobe,” and I very recently recorded it with a different orchestra. Great music. I sense there’s a common curiosity about works that are rarely performed; I think that Thomas Hengelbrock and I share a certain openness in this regard.

Quote: “I don’t want to spend my life singing the same 20 arias over and over; I want to surprise the audience as well, and take risks.” – Philippe Jaroussky

From 2017 on, the concerts of the orchestra [the NDR Elbphilharmonie Orchester] – among others, two programs of yours – are going to take place at the Elbphilharmonie. Because of the high costs and the delays in the construction, the new building is seen very critically, very similar to what happened to the new Philharmonie in Paris, inaugurated in 2015. Is there something we could learn from the experiences there?

Jaroussky: Many people claimed beforehand that we didn’t need another concert hall in Paris, that barely anyone would go there. That’s wrong, as we can see now. There is actually a new audience that is attracted to the Philharmonie – and I am sure the same thing is going to happen with the Elbphilharmonie. Of course, you in Hamburg had to wait too long already for the opening. However, I am sure all of the problems are going to be forgotten when it begins. I have to say that I’m a bit proud to sing at the inauguration of the Elbphilharmonie, because in Paris, I hadn’t been invited (laughs).

Part 2: “To me, it is very important to sing German repertoire as well at a residency in Germany.”

Caption: Philippe Jaroussky doesn’t want to be limited to the classical Baroque repertoire for countertenors.

Let’s talk about the concert programs of your residency. In the series NDR Das Alte Werk you devote yourself to cantatas by Bach and Telemann – what is it that you find interesting about this music?

Jaroussky: I took a little time to study German repertoire. I learned German in school, but talking and singing are two entirely different things, and the German language has an altogether different colour than French or Italian. Because of that, I was a bit afraid to try and approach Bach’s works. His music is said to be difficult for singers, in parts because it is written as if he had been writing for instruments. In the meantime, I feel quite comfortable – and I think that my voice fits, because there is something instrumental about it. Some people say I sound like a violin, after all.

Caption: Just as inseparable from the history of Hamburg like the Gänsemarkt: Georg Philipp Telemann, who had the post of “städtischer Musikdirektor” [Hanseatic Music Director] from 1721 until his death.

Anyhow, to me, it is very important to sing German repertoire as well at a residency in Germany. Moreover, I think the combination of Bach and Telemann is exciting, especially because the composers are very different. Apart from that, I’d like to sing more sacred music in the future. Of course, I still like the “light” pieces, the coloraturas, but my voice has evolved over time.

Your stylistic range mirrors this evolution. At the start of your career, you focused on baroque music, yet in the meantime, you’re at home in other periods as well. For instance, with the NDR Elbphilharmonie Orchester you are going to perform the romantic cycle “Les nuits d’é té “ by Hector Berlioz, …

Jaroussky: … which is very well known with female mezzosopranos. But I’m not the first countertenor: David Daniels recorded the cycle, and excellently! Of course, it is a challenge. However, it is just important for a singer to follow their instinct. With Berlioz, it is not quite as easy to find a balance between me and the orchestra as it is with smaller ensembles – I am sure however that Thomas Hengelbrock will be very delicate about it. Furthermore, my voice has grown in the meantime, it has more body than it used to have.

At the opening night to the new season, titled “Une affaire française,” a contemporary piece is on the bill as well: the “Sonnets de Louise Labé,” for countertenor and orchestra, written for you by Marc-André Dalbavie in 2008. Would you like to briefly introduce the piece?

Jaroussky: It is very hypnotic music, full of emotions. The sonnets that Dalbavie chose as a libretto were written more than 450 years ago. They are written in old French, which means there are more colours than in modern French.

When I first saw the sheet music, I was surprised, because it didn’t appear very “modern” at all, as you would expect from a contemporary composer. I perform it quite regularly, about one or two times a year, and it is really a success with the listeners. The colourful orchestration sounds very French, and there are quite a few subtle interactions between the voice and the instruments.

Part 3: Jaroussky about the occupational image of a countertenor, reactions and emotions

Countertenors being not limited only to Baroque and Classical but also singing Romantic, Impressionist, and contemporary pieces is a relatively new phenomenon. Has the job description changed during the last years?

Jaroussky: Yes, absolutely. People used to think that countertenor voices were very limited regarding their capabilities. However, the image is changing a lot. When I watch videos on YouTube or listen to CDs, I experience a new generation with incredible voices. It has become much easier to find high countertenors; this used to be altogether different. Maybe we will have a countertenor soon who sings the Queen of the Night, who knows?

A few decades ago, men who sang with high voices were considered quite exotic and, as a result, were sometimes met with supercilious glances. How is it nowadays; are countertenors a part of everyday life, or do you still occasionally get some strange reactions?

Jaroussky: I would say it has become normal. However, there are still people who are going to a concert and don’t know what they are in for. A few years ago, a girl in a church had to laugh out loud the moment I started to sing (laughs). She simply wasn’t prepared for what she heard. Actually, I don’t think it’s a bad thing when we trigger a reaction. Some people love countertenors and rave about angelic voices, others veritably hate it. At the beginning, I wanted to convince everyone. Nowadays, I think this isn’t my job. Emotions are a lot more important. If there are three or four moments of strong emotions during the two hours of a concert, it’s worth something. 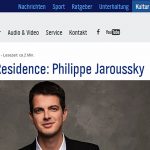 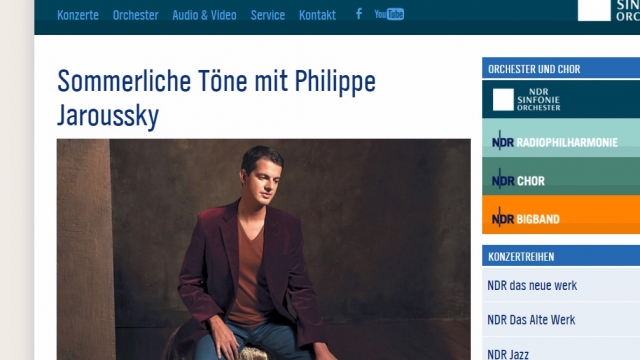 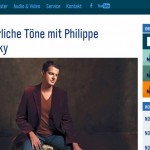 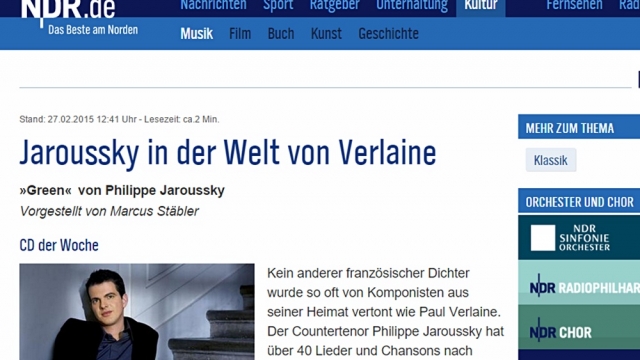 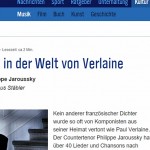