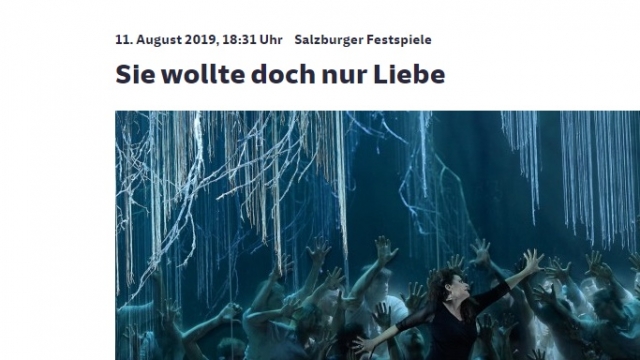 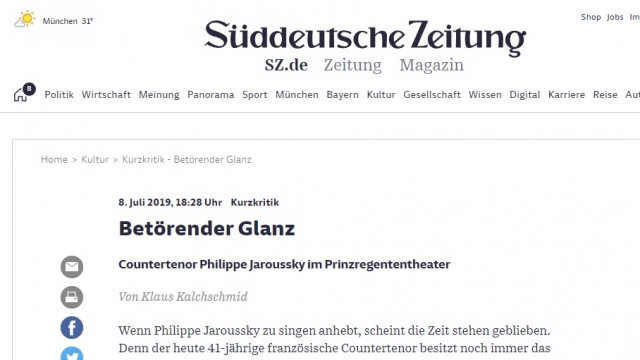 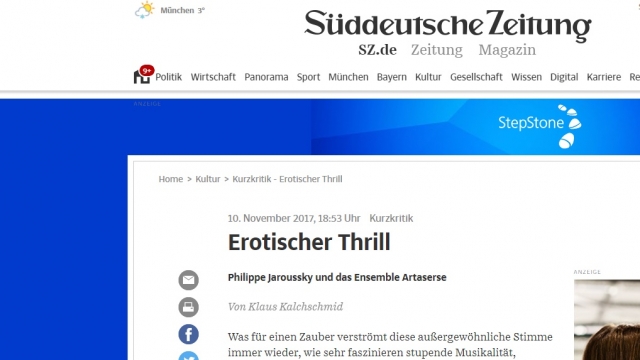 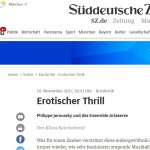 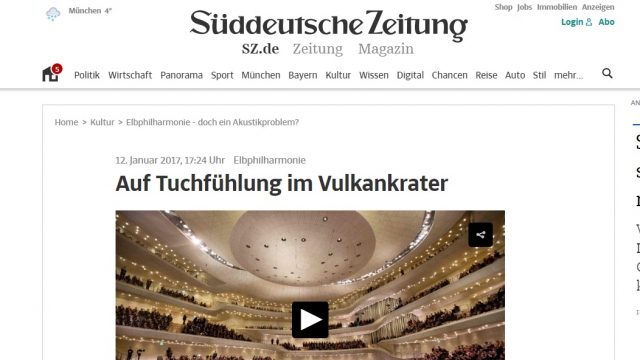 “… However, who has listened to Jaroussky before, in other locations, and under worse acoustic circumstances, knows that this man always sings this well: androgynous, distanced, and with a slight menace to the colouring of the voice, somewhere between sadism and excess. Yasuhisa Toyota’s acoustics change nothing at all about Jaroussky’s phenomenal skill; however, it allows the listener to experience the slightest nuance of his singing, This alone is terrific. Could it be that Toyota devised a very very big chamber music hall?” […] 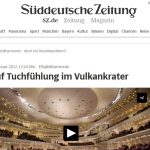 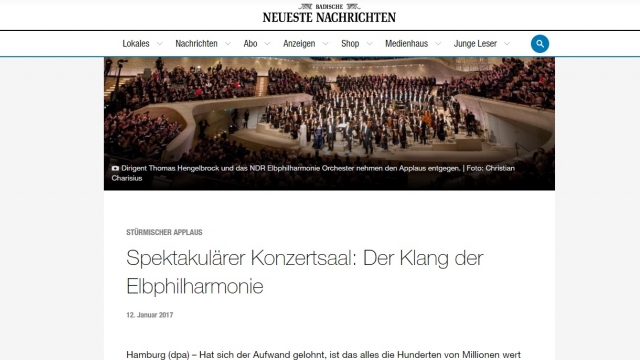 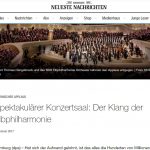 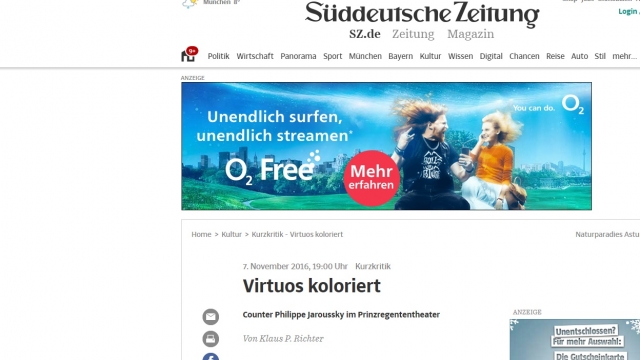 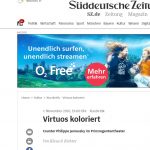 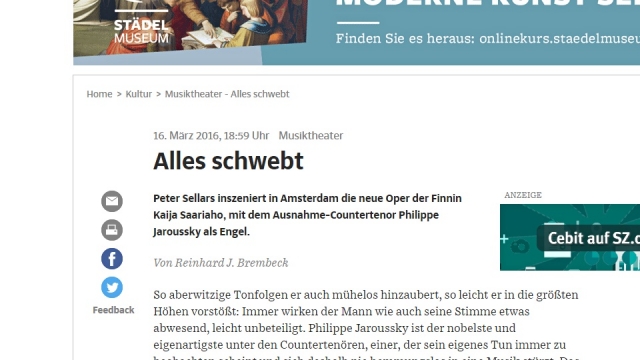 In Amsterdam, Peter Sellars stages the new opera by Finnish composer Kaija Saariaho, with the exceptional countertenor Philippe Jaroussky as an angel.

No matter how ludicrous the sequences of notes he conjures, seemingly without any effort, no matter how easily he climbs the greatest heights: the man as well as his voice persistently seem just slightly absent, not completely involved. Philippe Jaroussky is the noblest and the most unusual among the countertenors, one who constantly seems to observe his own actions and, as a result, never completely immerses himself into his music. Due to this quality, both the performances as well as the recordings of this exceptional musician tend to have the allure of an alien. At all times, Jaroussky evokes the impression of a spirit of the air whose true intentions the audience can only guess.

Up to now, no one understood and knew how to use this enchanting idiosyncrasy better than Kaija Saariaho, the composer born in Finnland, and living in Paris. The triumph of her Troubadour opera “L’Amour de loin” made her famous – a piece drenched with esoteric love and longing, performed at the Salzburg Festival. Even back then, she was already joined by Peter Sellars, the director famous for his existentialistic deep-drilling, a kindred spirit of the composer’s. After all, both are on a constant quest, a search for deeper meaning in art, which according to them, can only be captured by musical theatre.

It was Sellars who suggested two adaptations of classical Japanese Nôh-Plays by Ezra Pounds as operatic material to Saariaho, the same pieces he now staged at the world premiere in Amsterdam. The result is “Only the sound remains” – a ponderously calm evening of two and a half hours, surrounded by an air of austere magic – which is also going to be shown in Madrid, Helsinki, Paris, and Toronto.

Nothing here is connected to the earth, everything is weightless

In both pieces, Jaroussky is an apparition from beyond, once the spirit of a field commander and virtuoso lute player, the other time a tennin, an angel. There the singer whose fame was founded by Baroque virtuosic pieces is in his element to such an extent that it is hard to believe he has ever done anything else. The strange air of his appearance is perfect for either of the two roles, both transporting the same message in two different ways: the biggest proof for a world beyond the visible is music, and dance. Whether it is people, female composers, memories, … “Only the sound remains.”

Peter Sellars had Julie Mehretu decorate the forestage with a large, abstract painting reminiscent of Asian calligraphy. The painting, a bench, and a few spotlights suffice as props and setting. Saariaho goes about it equally sparsely. In the orchestra pit, there are only a string, respectively a vocal quartet, a flute player, a percussionist and Eija Kankaanranta, playing a Finnish zither. Under the baton of the conductor, André de Ridder, the ensemble frequently renders an almost orchestral sound, most often austerely stretched and evoking associations with Greek tragedy rather than Japanese music. Saariaho loves to write stretched, gloomy sounds from beyond, the underworld, the realm of ghosts. Nothing here is connected to the earth; everything is weightless, everything floats.

In both of the pieces, Davone Tines is Jaroussky’s counterpart. His elegant bass-baritone is the earthly counterpart to Jaroussky’s elysian countertenor voice. During the necromancy “Tsunemasa,” the two men find each other, the spirit and the priest paying homage to him. Concisely, Sellars explores and exposes the erotic subtext of the piece. In “Hagoromo,” the relationships are more sophisticated. A fisherman nicks a Tennin’s feathered dress, only willing to render it in exchange for a heavenly dance. Dancer Nora Kimball-Mentzos, all a tranquil flutter, breaks the idyll of the two men with her sparse dancing steps, set to music by Saariaho with a very stylized Allemande, clearly contrasting with the wounding sound-continuum, acting as a surprisingly consistent finale. Instantly, the audience rises from their seats, applauding enthusiastically, but after only two curtain calls already, it’s over. 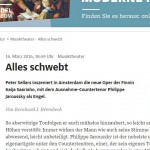 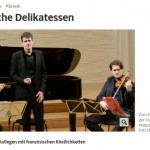