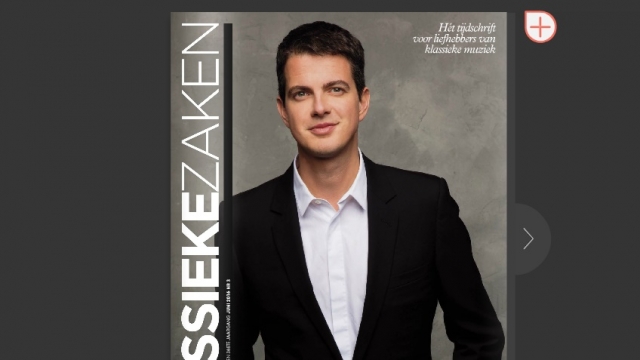 With a contemporary piece, he was in our country. He returns with forgotten baroque composers. Also there are going to be DVD releases with Alcina and Theodora. Philippe Jaroussky tells us about the voice of the future.

When you think of the sometimes un-earthly voice of Philippe Jaroussky, you somehow expect him to come floating to the interview. Nothing like that: It’s a happy, friendly man, courteous, with a sociable presénce, and an enthusiasm that could be called child-like – if it wasn’t rooted in an impressive mountain of knowledge about his own work and that of others. Moreover, even if he knows a lot about the past, he is certainly not “retro.” He can’t be, he says, because “The countertenor is a voice of the future.”

We want to know more. The countertenor voice? The one that is often used to sing the Ancient music of the castrati? “The sound evokes the past, but it’s a modern voice type. It really came back en vogue since the sixties. During the past eight years, I got lots of offers to sing modern music. I often have to decline, because studying requires a lot of time for preparation, and I don’t always have that.” Jaroussky participated in Only the sound remains by Kaija Saariaho, because he know she wanted him and not just the ethereal, androgynous sound of any countertenor: “When I was asked, it was also agreed that this production would be taken on tour to different cities, including Amsterdam. She wrote two scenes for me because I wanted to audition. I wanted her to get to know my voice.” In the end, Jaroussky was cast in two roles in the opera, instead of only one he was originally planned for.

Next to the modern repertoire, there are earlier works. We talk about forgotten composers: there might be a reason why they are forgotten. Bach and Händel are great geniuses, but how about lesser-known names? “Geniuses are not always the greatest innovators,” Jaroussky says. “Agostino Steffani didn’t have Händel’s genius, but he has caused big changes. Alessandro Scarlatti is also very notable. They don’t always have the big hits, but they are bolder and more prone to trying out new things than Händel.”

“Geniuses are not always the greatest innovators”

Jaroussky does a concert tour which also takes him to the Netherlands, with a sample of the works by composers we don’t hear performed often enough. The arias he came up with himself: “I research in libraries, for manuscripts of arias that I want to include in the programs and if you’re looking for something, you often end up finding something even better. You read the sheet music of an aria, you turn the page, and there is suddenly a much more interesting piece.” This involves contemporaries of Bach and Händel as well as composers of an earlier time. “There are composers like Jomelli and Traetta that are yet to be discovered. I also like the era of early Baroque a lot; for example, many operas by Cavalli are being staged. His Ercole amante in Amsterdam was set in scene both modern and Baroque.” That’s meant as a compliment, because Jaroussky is fascinated by the combination of contemporary and historic. This is partly because our modern era allowed the sound of the old music to return in its full glory. “Cavalli has many recitativos: It is really dramatic. And think of Niobe by Steffani: A beautiful opera with da capo arias, dances, and comic relief characters. We now don’t only have the voices, but the orchestras as well, and that’s very important. Producing an opera like Vinci’s Artaserse wouldn’t have been possible without the virtuosity and the lightness of the modern Baroque orchestras. With the recording, we set out to prove that not all countertenors have the same colour of voice. I also discovered that there often is a sad, decadent note to the music written for castrati.” Händel, for example, wrote for the castrato Carestini: the title role in Ariodante as well as the role of Ruggiero in Alcina. “Ruggiero is an anti-hero, who is under Alcina’s thumb. It fits my character more than Ariodante, who I would have liked to sing, but it just doesn’t suit me.” There will be a DVD release, directed by Katie Mitchell: “What is great is that the staging is based on the libretto as well as Orlando Furioso by Ariosto. So Alcina and Morgana are old women, pretending to be young. It is modern and Baroque at the same time.” There it is again: modern and Baroque. The combination characterizes Jaroussky as well: the sound of the past, the voice of the future.

The term countertenor has become common knowledge. Yet there are people who yet have to get used to the sometimes apparently unnatural high male voice. For these people, there is but one advice: Listen to Philippe Jaroussky. His voice, tone, and diction are so immediate and natural [vanzelfsprekend en natuurlijk] that they only invite to be surprised and delighted to hear so much beauty. On this compilation CD with some highlights from his oeuvre, every track is a hit. Of course, the French countertenor excels in the Baroque repertoire from Monteverdi to Vivaldi, but he equally feels at home in the early classical works by Johann Christian Bach or a nineteenth-century song by Reynaldo Hahn. And of course, he is surrounded by the best musicians and ensembles such as the Ensemble Matheus and L’Arpeggiata. An introduction for less than ten euros that will prove worth at least double the price. Jaroussky lovers should just buy a few as a gift when they visit friends to bring instead of flowers. Success is guaranteed. 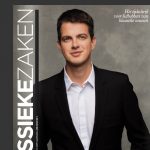