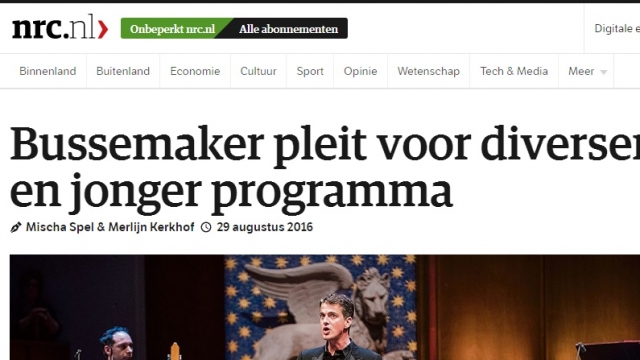 * This is a fan translation; no infringement of copyright is intended, no profit is being made. Translation by MVK*

[The beginning of the Article is about the festival in general]

It would have been better to start with the big star at this year’s festival (The Old Music Festival): countertenor Philippe Jaroussky. On Saturday, with his ensemble Artaserse, Jaroussky presented a balanced program with music by Cavalli, Steffani and Rossi – a repertoire that suits him excellently. On stage, we had a relaxed singer with an enviable vocal mastery, who has also improved on his dosage of embellishments.

Jaroussky with his easily recognizable voice, rich in overtones, can be situated at the ethereal side of the countertenor spectrum. An special edge in the lower sounds, like the one that Bejun Mehta produces, is not present. But is that bad? Even without grim darker tones, Jaroussky has the flair (and sometimes gasp) of a chansonnier, and it is credible. On top of that, he has another trump card: his ensemble is an extension of his voice, and knows how to add the right colors.

Artaserse kept the momentum up, improvising from one aria to the next. Even when Jaroussky was not singing, it was festive: the solos from violinist Raul Orellana – folkish but based on thorough knowledge of baroque rhetoric – were compelling. The absolute highlight was the encore “Si dolce è’l tormento” (Monteverdi), initially only with lute and harp. Unforgettable. 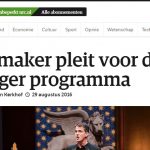