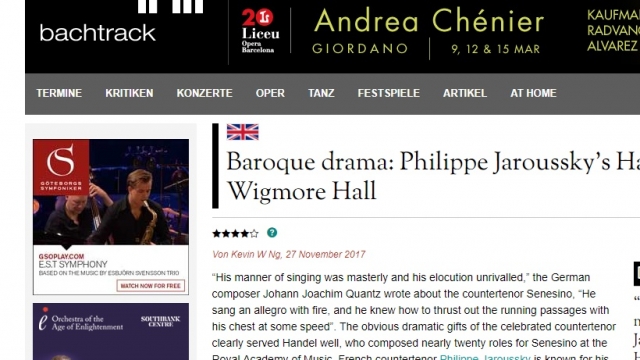 However, there are few things more sublime that Jaroussky in lyrical Handel. In “Se potessero i sospir’ miei” from Imeneo (cleverly reworked by Handel from one of David’s arias from Saul), Jaroussky brought a charming lilt to the vocal line, ornamenting the da capo with graceful runs and sublime high pianissimi. Radamisto’s “Ombra cara” revealed his penchant for seemingly endless legato lines, effectively shading his tone in response to the chromaticism of the orchestration. Best of all, however, was Tolomeo’s “Stille amare”, preceded by an accompanied recitative that showed Jaroussky at his most dramatically involved. The aria itself was a marvel of restrained tragedy, sung with daring vulnerability and exquisite ornamentation. 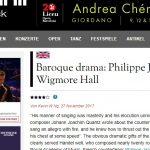