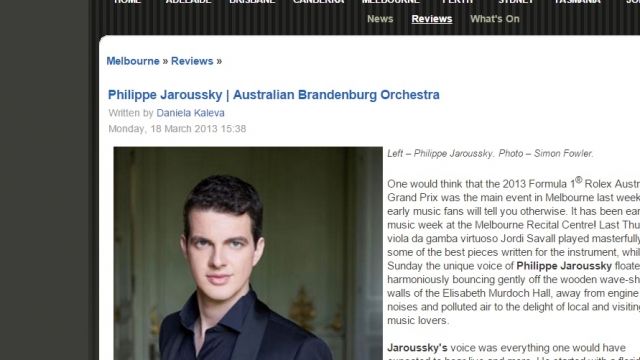 One would think that the 2013 Formula 1® Rolex Australian Grand Prix was the main event in Melbourne last week but early music fans will tell you otherwise. It has been early music week at the Melbourne Recital Centre! […] Jaroussky’s voice was everything one would have expected to hear live and more. He started with a florid ‘tempesta aria’ – a vivacious rendition of Handel’s Agitato da fiere tempeste from the pasticcio Oreste. This was immediately followed by a slower number from Handel’s opera Arianna in Creta which allowed Jaroussky to display his sustained legato singing and his pure, shimmering and rich timbre.