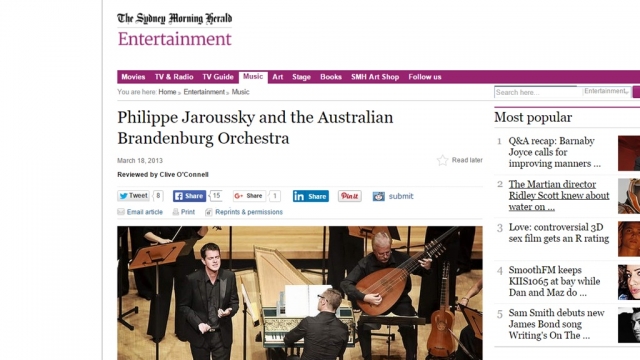 Opening its 2013 season, the Australian Brandenburg Orchestra under Paul Dyer scored a winner in guest Philippe Jaroussky, the French countertenor who knows no fear.

Unlike many of his peers, Jaroussky projects with consistency across his range, from a powerful bass register to solid upper notes that are sustained without apparent effort. Thanks to this evenness of production, he carries off each rapidly ornate flourish, required by both composers, with an unexpected ability to make lavishly applied ornamentation seem relevant.

Above all, this artist conveys an emotional depth that carries his audience along with him, from the gripping energy of Handel’s Agitato de fiere tempeste to the lyrical curvaceousness of Porpora’s Dal-l’amor piu sventurato, a deftly sustained scene that showed Jaroussky at his best. In sum, his music-making is convincing, every phrase moulded into a coherent construct. 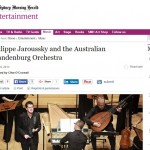