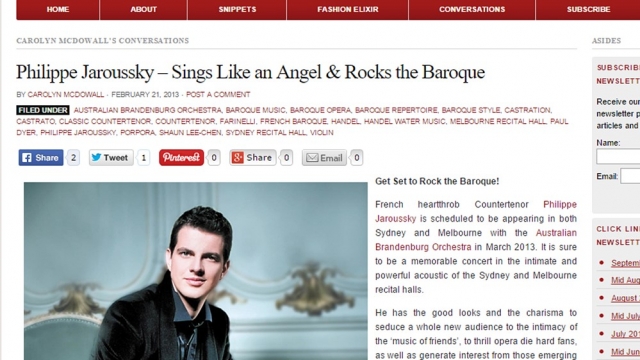 Get Set to Rock the Baroque!

Paul Dyer, leader of the Australian Brandenburg Orchestra, which plays on period instruments, believes the award winning Jaroussky ‘… is one of today’s superstars of the opera world’. Judging from the rave reviews Jaroussky receives wherever he is in the world he certainly has a voice to cherish.

It is perfectly attuned to singing with the tone of an angel. It also has the added bonus of the thrilling ‘coloratura’ technique, with its runs, trills, leaps and virtuoso singing, a feat not often equaled in the world of male voices.